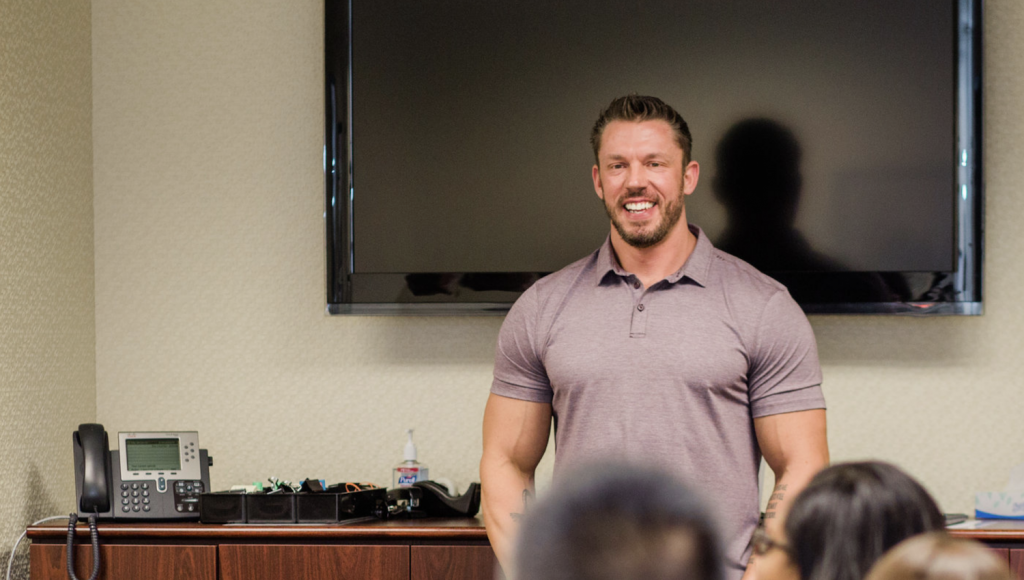 Mr. Niddel has helped 7 companies successfully exit over the past 6 years

Ryan Niddel, Founder and General Partner of the Columbus Capital Equity Group, has spent the last 5 years creating massive success for companies under $50M. The top Ohio business growth specialist has had a massive impact on companies in Ohio and across the country,  generating an additional $750M in valuations.

Mr. Niddel has had a relentless drive to expand and build highly profitable companies since childhood. Along with his unique history, his tenacity, humility, and willingness to tackle obstacles have resulted in this small cap M&A specialist to become the General Partner of one of the hottest new equity groups in the country.

However, it wasn’t always like this. Ryan began life outside of Buffalo, New York and spent his childhood in Ohio. He comes from a middle-class family with a hard-working father and stay-at-home mother. His entrepreneurial spirit began at the age of 10 when he began putting flyers out in the neighborhood to start his lawn mowing business. At the age of 14 he was offered a job taking care of a few personal assets for a wealthy neighbor. Through hard work, there was a series of progressions transitioning from lawn care, to detailing cars, and eventually being mentored through his early 20s.

After seeing wealth for the first time and what was possible in his teens, Niddel pushed forward hard and after college worked his way up the ladder at the largest European automotive collection in the Midwest selling the world’s top brands (including Bentley, Rolls Royce, Porsche, Ferrari and more), eventually becoming the General Sales Manager and traveling the world to enhance franchise relations.

Shortly after, Ryan transitioned back to the entrepreneurial world and helped build a hosting company (eventually increasing the client base by 50X). As the combination of youth and massive success often do, ego ballooned and at the ripe old age of 29 Ryan saw the small fortune he developed slowly evaporate over the span of 18 months after putting it all into a merchant processing company and making some missteps. He says, “Losing everything at 29 was one of the biggest learning lessons and in retrospect helped catapult me forward.”

Starting over again from scratch, he used this as a massive learning experience and developed a high-end men’s bespoke clothing company (successfully helping develop an app to make the process of ordering and measuring seamless). After having strong success with this company, he jumped back to his tech roots, and transitioned to a consultative role in 2018 leading to the next major transition of his life.

Consulting with 8 figure companies opened the doors to the next logical step. After having consistent success with rapidly growing sub $50M companies (leaning towards manufacturing), and then selling for great exits – taking it to the next level as an equity group was the natural progression.

Since then, he has created results legends are made of. From becoming the CEO of a mid 8-figure company (helping more than double revenue in his first year, and double again in the second year while adding top line revenue and enhancing the bottom line significantly). He also helped a dietary supplement manufacturing company go from $1M annually to under $10M in less than 1 year. His reputation of generating high multiple exits precedes him, and as you can imagine there is a long line of companies fighting to work with him.

The magic touch appears to come easy to Mr. Niddel, but he says behind the scenes he’s a workaholic and will stop at nothing short of success. For example, there’s the orthodontist marketing agency he is currently helping – and has taken it from $2.7M to a projected $11M in annual revenue in just 6 months with the exit now projected at more than 6X the previous valuation utilizing a consolidated rollup.

It will be fun to watch what the future holds for Mr. Niddel. He continues to accelerate through the financial world, and many expect him to reach 10 figures before he reaches 50. While he scoffs at the idea – one thing is clear – keep an eye on the man from Columbus, as this won’t be the last time you hear of him.

Author MarkPosted on July 6, 2021September 14, 2021
America’s most iconic youth organizations – the Boy Scouts of America and the Girl Scouts of the USA – have been jolted by unprecedented...
Read More

Author JessicaPosted on July 23, 2021September 14, 2021
Today we’re profiling a “behind the scenes” executive, Vince Whinnery, who has quietly built an excellent track record in multiple positions of the C-suite....
Read More