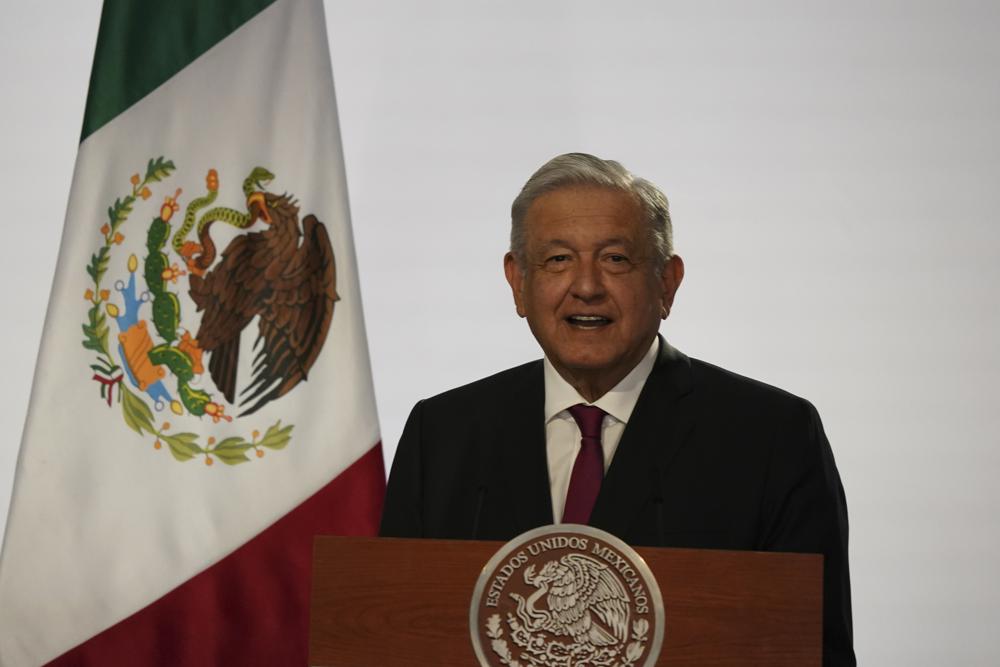 Mexico President Andrés Manuel López Obrador highlighted his campaign against government corruption and downplayed the work that remains to be done in the areas of security and reducing poverty in his third state of the nation address Wednesday.

Nearly midway through his six-year term, López Obrador remains popular despite stubbornly high levels of violence and rising inflation in an economy emerging from recession.

“The money that was stolen before now gets to those on the bottom,” the 67-year-old leader said.

Government support for the poor has increased, but López Obrador did not mention that Mexico’s poverty rate has also increased during his presidency to 43.9% last year, according to the government’s National Council for the Evaluation of Social Development Policy.

Patricio Morelos, a professor at the Monterrey Institute of Technology, said López Obrador has maintained his support among Mexico’s poor, in part due to the $750 each family receives in government support yearly, “creating a sensation of greater comfort.”

It’s through the battle against corruption that the government has been able to increase social spending by allowing him to “free more budget for the benefit of the people,” López Obrador said.

Author JosephPosted on October 26, 2022October 25, 2022
China’s economic growth picked up in the latest quarter but still was among the weakest in decades as the ruling Communist Party tries to...
Read More

Author adminPosted on May 6, 2022May 3, 2022
The nation’s most populous state is shrinking. California’s population declined again in 2021 for the second consecutive year, state officials said Monday, the result...
Read More

Author JessicaPosted on November 19, 2022November 15, 2022
The Japanese economy contracted at an annual rate of 1.2% in the July-September quarter, as consumption declined amid rising prices. Seasonally adjusted real gross...
Read More