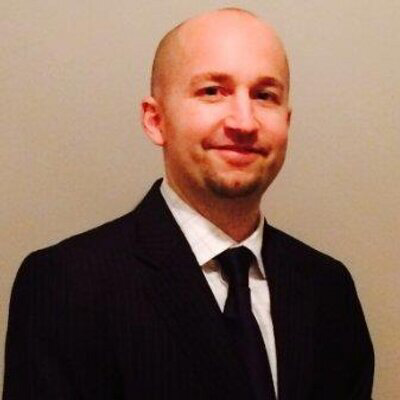 Replace Your University, previously known as Replace Your Mortgage, may be the 500 pound gorilla in the mortgage education industry, but they came a long way in a short period of time. Michael Lush started the company in 2014 after conversations with Matt Workman. The path to where it is today has been a twisty road with a lot of ground covered in 7 years.

Matt Workman was born in the late 70’s and had a typical childhood filled with team sports, games, and family entertainment. Early on he seemed to have an easy time with analytical and strategic games (often involving math) and in his words, “My grandpa would always tell me I can read numbers well even while playing strategy games at a young age. I’ve always felt I had a knack for it.”

After graduating from Eastern Illinois University with a bachelor’s in business administration, he moved to Peoria, IL. “A buddy managed three US Cellular stores and I was his top sales guy for about a year and a half.” Later, Mr. Workman moved to Charlotte where he began his transition into the lending world (starting with subprime) and was immediately in the top 5% of the company in sales.

In 2012, Michael Lush (who was a longtime friend at this point) called Mr. Workman and asked him to run the numbers on the strategy to pay off your home in 5-7 years he had just learned from his mentor. Knowing Matt was great with numbers, he wanted some external validation of the strategy. Afterall, it sounded too good to be true. Mr. Workman replied, “So I ran the numbers and looked at it from a bunch of different angles with the information I had, and as long as someone is disciplined then this strategy would absolutely work!” Shortly after this conversation Mr. Lush tested the theory and successfully paid off his home in 3 1/2 years.

Fast forward to 2015 and Replace Your Mortgage was gaining some traction after Lush wrote a book using the strategy and began helping others apply it. In May of 2015, Workman jumped in and began helping Lush book sales calls (bringing the total number of people within the company at the time to three – Lush, Workman and a previous partner).

As the company rapidly gained steam Michael approached Matt with a proposition, “Look, I want to build this and I can’t be on the phone all day, would you be interested in coming on board and being full time sales?” In 2015 Workman started full time in sales, and slowly transitioned into a hybrid role of sales and provide backend support because of the growing number of clients. Many of these clients needed help with the banks, and Mr. Workman was the 2nd most qualified to talk to them about banks and answer technical questions. After some time, his role expanded to the executive role it is today as Chief Operations Officer.

Fast forward 8 years and Replace Your University has now helped more than 6,000 clients. Many of these have come back and asked how else Replace Your University could help their financial lives. After years of development, they now have a highly qualified group of experts helping lead the way in real estate investing, stock trading, private banking, and mindset and are ready to scale the business up to the next level.

Replace Your University has a few characteristics that set it apart from the competition. Matt Workman had this to say about their Mortgage program…

This is just one of the things that has set Replace Your University apart and the obsession with client success.

Replace Your University is still a young company and Mr. Workman is only getting started. He, along with the rest of the executive team, are in full growth mode after spending the past few years perfecting their delivery model and building a stellar record of customer satisfaction. Now they are making huge strides with the new programs they recently launched. Matt Workman is an executive worth keeping your eye as Replace Your University grows.

You can learn more about Replace Your University by going to their website at www.ReplaceYourUniversity.com.

Author JessicaPosted on July 5, 2021September 14, 2021
NEW YORK (AP) — Amazon founder Jeff Bezos stepped down as CEO on Monday, handing over the reins as the company navigates the challenges...
Read More

The new guy? Biden debuts at democracy’s most exclusive club

Want a job? Employers say: Talk to the computer

Author JosephPosted on July 6, 2021September 14, 2021
A day after her interview for a part-time job at Target last year, Dana Anthony got an email informing her she didn’t make the...
Read More

The Creation of a Titan in the Kratom Industry

Author MacyPosted on April 30, 2022April 30, 2022
MIT45 is known as the gold standard in the kratom industry today, but they have come a long way. The path for Shawn Brady,...
Read More