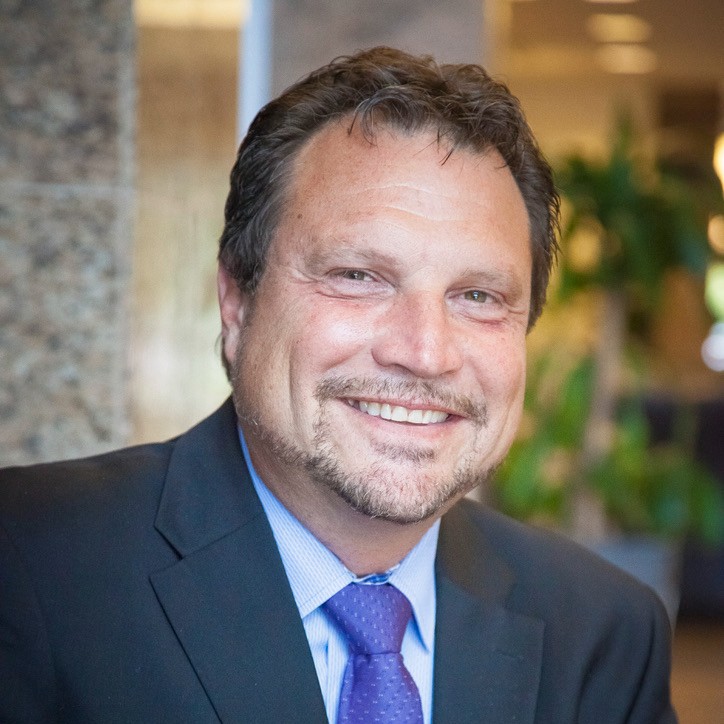 Shawn was born in Canoga Park, California. At the time of his birth, his mother was sixteen years old and his father nineteen. After spending the first few years of his life in California, his family moved back to Utah and settled in the Cottonwood Heights area, near Salt Lake City.

Shawn managed to stay out of trouble through his early years – despite having an innate persistence, a trait many confuse with stubbornness. His tenaciousness would later serve him as he ventured forward creating the business it is today.

In his teenage years he excelled academically but struggled in life and at the age of sixteen, he moved in with his grandmother. Managing school and a full-time job was extremely difficult, so his senior year, Shawn opted to get his GED. He saw this as a fantastic way to bypass school. He scored a ninety-eight on the test, surprising the woman scoring him as she knew he had not studied.

Shorty after completing his GED, Mr. Brady was married and would soon welcome the first of his five children.

His enterprising spirit took root at an early age. He was always thinking of new businesses, from the landscaping company he started to projects in real estate, one of his true loves.

Success in real estate did not come naturally though, and he struggled as a realtor. However, with persistence, he discovered his passion for commercial properties. This realization resulted in eventually achieving major milestones and allowed him to amass a small fortune.

Success and youth can have a tumultuous relationship, and so it was for Mr. Brady. Like most stories of visionaries, the first success did not last long. Between a divorce and a few bad business decisions, his young empire soon crumbled, and he lost much of what he had worked so hard for.

Never one to quit, he slowly began to rebuild his real estate empire, being mindful to not make the same mistakes. Things were progressing, and then 2008 happened. With the real estate market wiped out in the U.S. and a major default looming, he would once again lose everything.

His pain and embarrassment were immense as he had to swallow his ego and move into his mother’s basement. Owing on several bills, including $6,000 due in monthly child support, he quickly fell behind.

Once again Mr. Brady was at a crossroads and needed to find another way to get back on top.

After learning of a friend making $4-5 thousand per week driving semi-trucks on the Bakken formation in North Dakota, Mr. Brady decided he would go to trucking school and drive trucks for a living. He described his short stint with big rigs as, “I was terrible at driving a truck, but I managed to make it work.”

After driving for 6 months and watching how things worked, he realized the real money was in running a trucking company. He put together a plan and began to pitch it to investors. Despite rejection after rejection, he found an investor willing to back him and he was on his way to building a successful trucking company.

As life is never linear, another curve ball was on its way. One day the investor in the trucking company called Shawn and said he needed him to fly to California that day. Shawn did so and arrived at the man’s house, still wearing his clothes smelling of oil. He told Shawn he was exceptional at business, but he was not making him enough money. He told Shawn there was a huge opportunity in manufacturing that he would like him to be a part of, but he wanted a yes or no that very minute. After consideration and a nod to his entrepreneurial spirt, he installed new management in the trucking company and moved to Huntington Beach to start this new company.

Shawn worked extremely hard and with momentum his success quickly built. His arduous work and dedication allowed him to get completely out of debt and rebuild his wealth. This time in his professional career lasted a season, but as time moved on, he outgrew his position and wanted to move on to other things.

Always keeping his finger on the pulse of business Shawn decided to invest a significant amount into a tech company- a decision that would result in a convergence with his soon to be SSV co-founder Dalton Locke. After some time in the tech space, Shawn realized his passion was not in building a tech company, and decided he wanted to move on.

As his friendship with Mr. Locke grew, discussions soon began regarding the creation of a manufacturing company and the potential selling of kratom. Shawn had a sense this would be the next big thing and made the decision, along with Mr. Locke, to move back to California and hit the ground running with their new company South Sea Ventures.

He recalled, “I did not know much about kratom at the time, but I knew it was an amazing plant with numerous benefits. Plus, I had experience running a manufacturing company so I thought it would be easy. Man was I wrong!”

Fast forward a few years, the two began achieving some success selling capsulized kratom with their own branding. Though business in California was taking off, Shawn wanted to move back to Salt Lake City to be near his children and grandchildren. Mr. Locke was also from the Salt Lake area, so they made the decision to move the fledgling company home to Utah. They rented a 3,000 square foot office warehouse and began manufacturing Bali Gold and Super K.

In 2017 the DEA threatened to schedule kratom which put South Sea Ventures in a very precarious situation. Brady went to his attorney who suggested they directly contact the DEA and let them know they were going to voluntarily dispose of their existing kratom products and inventory.

Shortly after burning around a million dollars of product, there was a large protest from consumers of kratom, and as a result the DEA did not move forward with the scheduling of kratom.

Shawn recalled, “Following my attorney’s advice almost put us out of business. We had lost a great deal of market share, so it was imperative we develop a new product.” That new product is MIT45.

Starting from nothing yet again, Shawn had to bootstrap his company to begin the production of MIT45. They worked extremely hard getting their heads above water and their product into stores across the country.

“MIT45 quickly became popular and took off faster than expected,” Shawn stated. “Contracts with convenience stores began to pour in along with requests for more products. As a result, we developed two or three more products which provided us brand awareness and it just took off from there.”

They went from five million dollars in 2018 to ten million in 2019. The company has continued to double every subsequent year.

When asked about his experiences in life and business, Mr. Brady said this, “The ego never wants clarity, but the spirit always does. What I mean by that is there are always going to be problems coming your way in life and in business, you must manage them. People are programmed to expect the worst and behave as such. I constantly encourage my team to seek clarity, on whatever they are working towards. Be as clear as possible, no judgements, no rights, no wrong, just extreme clarity and then we can make the wisest choice.”

With South Sea Ventures on track to becoming a billion-dollar company, Mr. Brady and Mr. Locke have now transitioned to the board of directors. South Sea Ventures began as a grass roots startup just over a decade ago and with MIT45 being the most recognized brand in kratom, they are poised to continue to dominate the industry.

You can learn more about MIT45 by going to MIT45.

In shadow of war, Russians, Ukrainians mark Easter in UAE

Want a job? Employers say: Talk to the computer

Author JosephPosted on July 6, 2021September 14, 2021
A day after her interview for a part-time job at Target last year, Dana Anthony got an email informing her she didn’t make the...
Read More

Author JessicaPosted on July 5, 2021September 14, 2021
NEW YORK (AP) — Amazon founder Jeff Bezos stepped down as CEO on Monday, handing over the reins as the company navigates the challenges...
Read More

Ryan Niddel Surpasses $750M in Growth Over Past 3 Years

Author LoriPosted on September 20, 2021May 3, 2022
Mr. Niddel has helped 7 companies successfully exit over the past 6 years Ryan Niddel, Founder and General Partner of the Columbus Capital Equity...
Read More