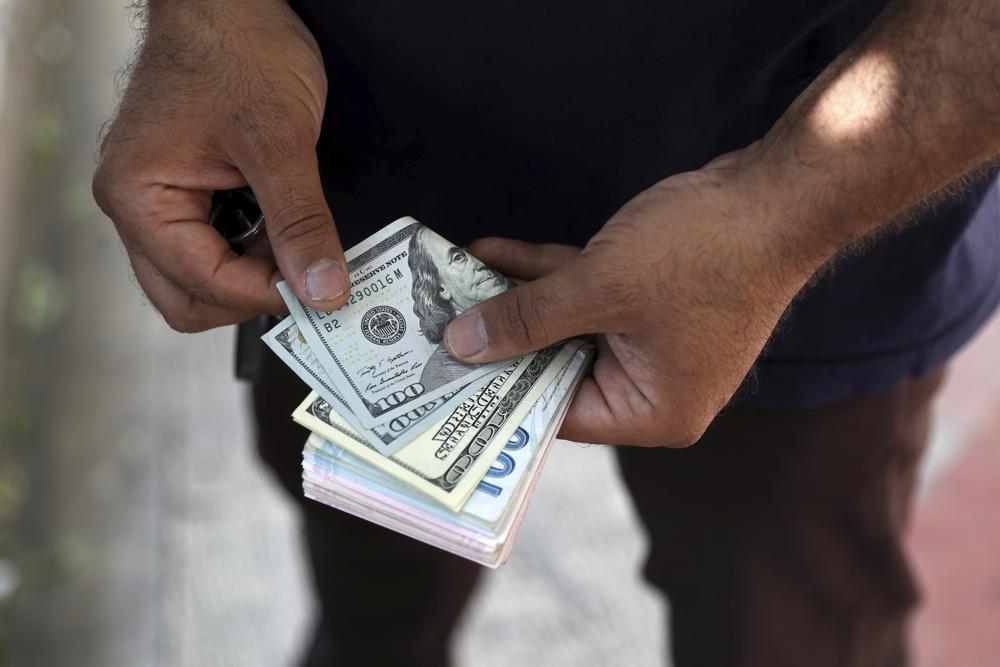 Iran’s currency Sunday dropped to its lowest value ever as talks to revive the country’s tattered nuclear deal with world powers remained deadlocked.

Iran’s currency was trading at 32,000 rials to the dollar at the time of Tehran’s 2015 nuclear deal with world powers.

The rial’s new low came as U.S. sanctions against the country are still in force. Iran’s economy is struggling mightily mostly because of the U.S. pullout from the 2015 nuclear deal between Iran and world powers that restored sanctions on Iran’s oil and banking sectors. Talks in Vienna to renew the agreement have been deadlocked for months.

In central Tehran, dozens of shop owners took to the streets in protest over the worsening economic situation, after many shut their businesses following a recent rise in business taxes. Police were present in force, but did not intervene.

Hossein Zolanvari told the official IRNA news agency that his company sold the Boeing to a Venezuelan company about a year ago.

“Mentioning Mahan Air in connection with the impounded airplane has aimed at political purposes,” he said. He said the plane’s crew also have no connection to Mahan Air.

It wasn’t clear if the plane was on a list of Iranian aircraft subject to U.S. sanctions. Mahan Air has been under U.S. sanctions for its ties to Iran’s elite Revolutionary Guard Corps, which the State Department has designated a foreign terrorist organization.

Venezuelan leader Nicolas Maduro visited Iran over the weekend. Both nations are under the U.S. sanctions.

Author adminPosted on December 12, 2021December 7, 2021
Monitors say even the most recent pushback of completion dates for two new nuclear reactors in Georgia isn’t enough to account for all the...
Read More

Author adminPosted on October 25, 2021October 26, 2021
Facebook in India has been selective in curbing hate speech, misinformation and inflammatory posts, particularly anti-Muslim content, according to leaked documents obtained by The...
Read More