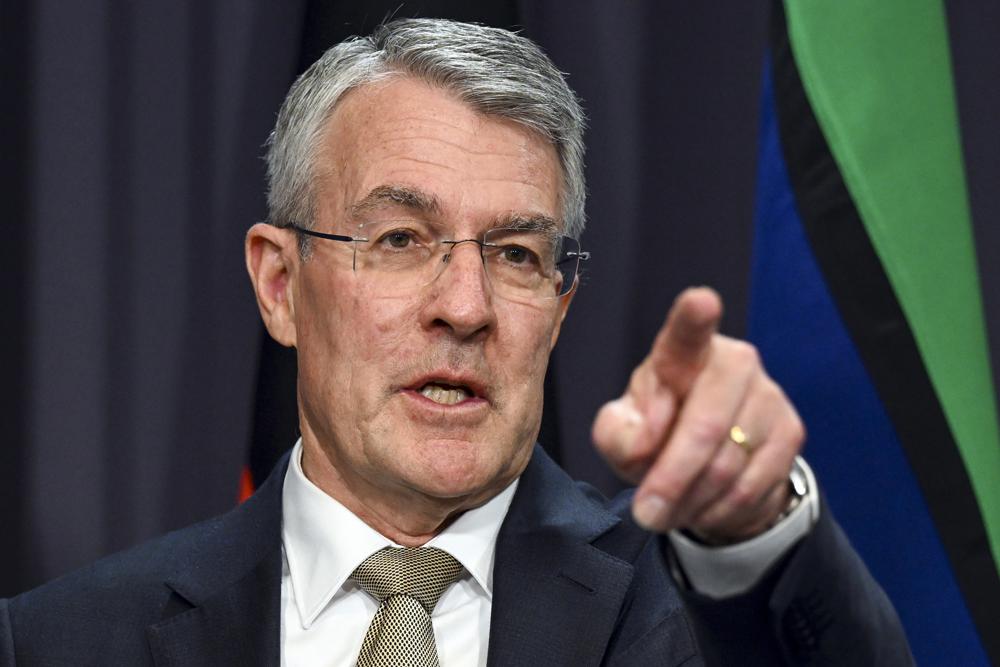 Australia’s government released details Tuesday of a proposed corruption watchdog that was an important promise in its recent election campaign.

Attorney-General Mark Dreyfus said he would introduce legislation to create the National Anti-Corruption Commission to Parliament on Wednesday.

The center-left Labor Party promised that creating the watchdog would be a priority before it came to power at elections in May.

The previous conservative government had promised to create its own version during its last three-year term in power. But it shelved its draft bill after the plan was widely derided by lawyers and activists as too weak.

Dreyfus said it would be up to the commission to decide whether it will investigate any scandals involving the previous government during its nine years in power.

“It is really important that — I stress this to everybody — it is an independent commission,” Dreyfus said.

“We will not be seeking, as the federal government, to direct this commission as to what it should inquire into,” he added.

A record number of independent lawyers demanding greater integrity in government and politics won office in the latest election.

Dreyfus and Prime Minister Anthony Albanese said in a joint statement the national commission would “tackle corruption and restore trust and integrity to federal politics.”

The commission would also protect whistleblowers from punishment for exposing wrongdoing and would not demand that reporters reveal identities of confidential sources, the statement said.

Every Australian state and territory already has its own public sector corruption watchdog. But many of watchdog leaders complain they lack the funding to do their work properly.

The national watchdog would have 262 million Australian dollars ($170 million) to operate for its first four years, the statement said.

The national watchdog would be able to investigate serious or systemic corruption across the entire federal public sector, it said. Learn More here by ROD McGUIRK

How to Show Compassion Without Compromising on Performance

Pelosi: US Has To Do More To Help With Wildfire Recovery

Author adminPosted on December 11, 2021December 7, 2021
Bob Dole, who overcame disabling war wounds to become a sharp-tongued Senate leader from Kansas, a Republican presidential candidate and then a symbol and...
Read More