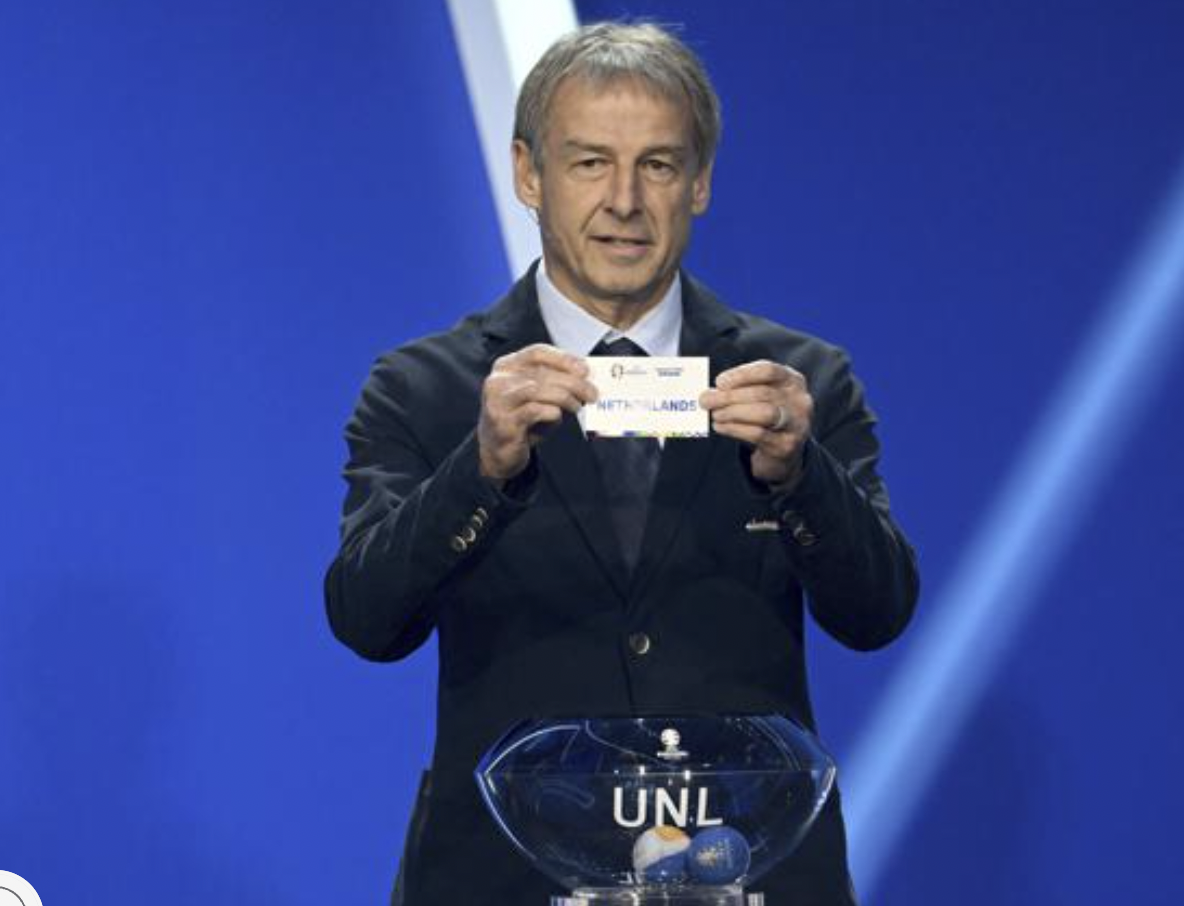 At a time when UEFA is considering changes to revive interest in European Championship qualifying matches, the draw for Euro 2024 threw up some big-time clashes.

Most notably, the finalists of the last tournament will meet again on the way to Germany after Italy and England were drawn into the same group on Sunday. The Netherlands against World Cup champion France is another stand-out encounter.

But there is a growing feeling that the qualification format is becoming a turn-off for viewers and broadcasters.

The latest evidence of its current bloated form came at the draw in Frankfurt. The 53 national teams were split into 10 groups of five or six teams, with 23 qualifying for the 2024 tournament in Germany.

At a meeting of UEFA member associations on the eve of the draw, a proposal to reduce the size of each group to a maximum of four or five teams was put forward for the qualifying stages of Euro 2028, a person with knowledge of the discussion told The Associated Press.

The person spoke on the condition of anonymity because it was a private meeting.

The reason for the proposal is believed to be the result of declining interest because there are too many qualifying games. The UEFA Nations League would be increased to make up for reduced qualifying groups.

The possibility of the European tournament being increased to 32 teams was also rejected, the person said.

The leaders of international soccer have proposed several changes in recent years to keep interest in the game high. Former Arsenal manager Arsene Wenger recently pushed the idea of having the World Cup every two years, rather than four.

At Euro 2020, which was held in 2021 because of the coronavirus pandemic, Italy beat England on penalties in the final at Wembley Stadium. The teams also faced each other in the recent Nations League, which resulted in a goalless draw and a 1-0 win for Italy.

But the team coached by Roberto Mancini has endured a difficult time since winning Euro 2020, ultimately failing to qualify for this year’s World Cup in Qatar.

Mancini insisted Italy’s Euro 2020 victory was “in the past.”

“To play against England is always difficult as they are one of the best teams in the world. Also to play at Wembley is always fantastic,” Mancini said.

England coach Gareth Southgate is facing questions about whether he will even be in charge when qualifying starts following a run of bad results has left his team without a win in its last six games.

“As we speak now I’m contracted to this time in 2024, but I am also well aware that in football you have to get results,” Southgate said. “So the plan is there and the desire for continuity is there, too, but I also don’t take for granted that you underperform and expect to stay in that office.”

Author MacyPosted on August 3, 2021September 14, 2021
ExecutiveBiz recently had a chance to sit down with Jason Porter, president of AT&T’s public sector and FirstNet, for its latest Executive Spotlight interview discussing his recent transition into...
Read More

Author adminPosted on September 15, 2022September 12, 2022
Nursing homes and debt collectors are flouting a law that prohibits them from requiring friends and family of care home residents to shoulder the...
Read More

Pop-up restaurants may stick around as COVID sees resurgence

Author adminPosted on August 24, 2021August 25, 2021
Pop-up restaurants, many started as stopgap measures by struggling chefs and owners, may have staying power as consumers continue to embrace takeout and delivery...
Read More

Author adminPosted on May 19, 2022May 16, 2022
Twitter fired two of its top managers Thursday, the latest sign of internal turmoil amid Tesla billionaire Elon Musk’s planned buyout of the company....
Read More