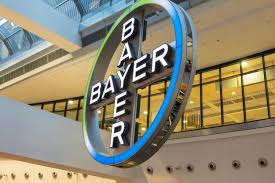 A jury in King County has awarded $275 million to ten students and parents who say they suffered serious neurological injuries from chemical exposure at a school northeast of Seattle.

The lawsuit against Bayer Pharmaceuticals is the fourth to result in a multimillion-dollar verdict, The Seattle Times reported. The company owns chemical giant Monsanto, the manufacturer of polychlorinated biphenyls, or PCBs.

The first three lawsuits resulted in jury verdicts of $268 million distributed to 14 plaintiffs. One lawsuit is ongoing and 16 more await trial.

More than 200 students, parents and teachers from the Sky Valley Education Center, an alternative school in Snohomish County, have sued Monsanto over environmental contamination.

They say Monroe School District knew PCBs were found on the campus, but, despite cleanup efforts, toxins were still being found into 2019.

PCBs were banned by the EPA in 1979 but still remain in some structures including in lighting ballasts at Sky Valley before they were replaced.

Bayer Pharmaceuticals said in a statement that it disagrees with the verdict and plans to appeal, as it has with prior verdicts.

Bayer also claims failures on the part of the Monroe School District.

In early 2022, the school district agreed to pay $34 million in a settlement with parents and students exposed to PCBs. The district did not accept responsibility for hazardous conditions on campus and said it acted appropriately to remove toxicants and inform parents.

Here’s Why Out–Of–Office Is Key To Unleashing Creativity

Author adminPosted on June 26, 2022June 20, 2022
Florida is the only state that hasn’t preordered COVID-19 vaccines for toddlers in anticipation of their final approval by the federal government, and Gov....
Read More

US Starts Fiscal Year With Record $31 Trillion In Debt

Author adminPosted on June 13, 2022June 13, 2022
The head of the World Trade Organization predicted a “bumpy and rocky” road as it opened its highest-level meeting in 4-1/2 years on Sunday,...
Read More