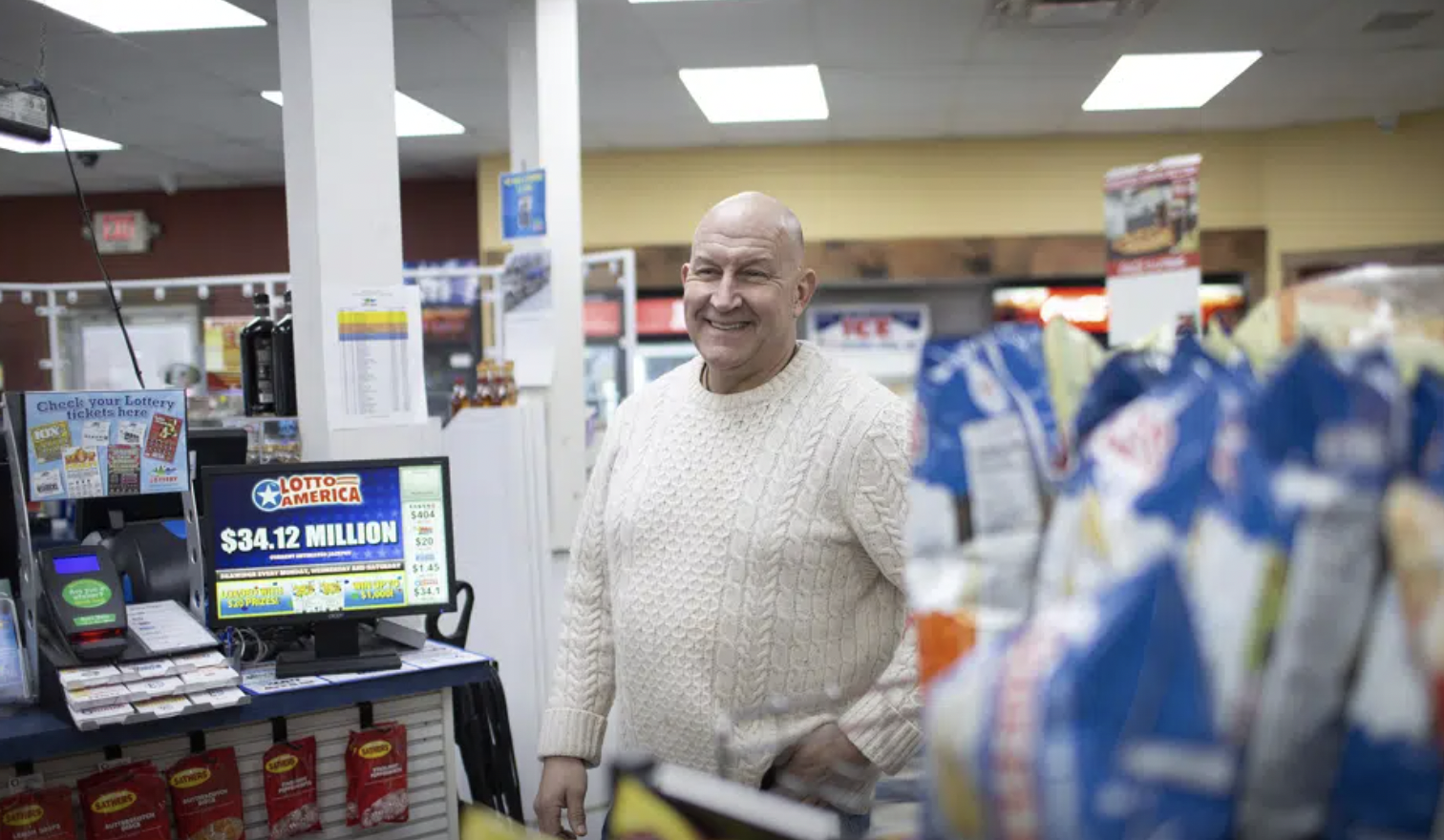 Maine scored its first Mega Millions jackpot — and someone beat the ill fortune of Friday the 13th — when a ticket purchased in the state matched the winning numbers for the lottery’s estimated $1.35 billion grand prize.

The lucky combination of numbers drawn late Friday night were: 30, 43, 45, 46, 61 and gold Mega Ball 14. The winning ticket was sold at Hometown Gas & Grill in Lebanon, Maine, according to the Maine State Lottery. The southern Maine town of over 6,500 residents borders New Hampshire.

“There’s quite a buzz at our small-town gas station this morning, I’ll tell you that,” said owner Fred Cotreau. The first thing he did was check to see he had bought the winning ticket, which he hadn’t.

“Hopefully one of the residents and one of the regular customers is the winner,” Cotreau said. “It’s exciting to have sold it but it’s just more exciting for a single winner and I’m just really hoping it’s somebody here in town.”

The winner, whose name is not yet known, overcame steep odds of 1 in 302.6 million, which led to three months of drawings without a claim on the jackpot.

The jackpot was the second largest in Mega Millions history and the fourth time the game has had a billion-dollar win. The largest Mega Millions jackpot in October 2018 was $1.53 billion claimed by a single ticket holder in South Carolina.

Friday’s prosperous drawing also marked the seventh time there was a grand prize winner on Friday the 13th, a date superstitiously considered unlucky.

To claim the full $1.35 billion, the winner would need to take the money in an annuity with annual payments over 29 years. Most jackpot recipients prefer the reduced but quicker cash option, which for Friday night’s drawing was an estimated $724.6 million.

The next grand prize drawing on Tuesday will drop to an estimated $20 million and a cash option of $10.7 million.

Until Friday night, there had been 25 straight drawings without a jackpot winner.

There were more than 7 million winning tickets across nine prize tiers Friday. Beyond Maine’s jackpot, 14 tickets matched five white balls to claim the second-tier prize of $1 million. Four were sold in New York, two in California and one each in Florida, Illinois, Kansas, Kentucky, Missouri, North Carolina, Pennsylvania and Texas, Mega Millions said.

Mega Millions is played in 45 states as well as Washington, D.C., and the U.S. Virgin Islands.

Author adminPosted on December 8, 2021December 7, 2021
Belgian police used water cannon and tear gas Sunday to disperse some rowdy protesters in Brussels after most demonstrators marched peacefully to protest tightened...
Read More
NEWS
Author adminPosted on April 24, 2022April 18, 2022
The Republican Missouri House budget leader on Wednesday proposed an idea to use some of a more than $3 billion budget surplus to give...
Read More

Author JessicaPosted on December 24, 2022December 20, 2022
A Raytheon Technologies business will continue equipping the U.S. Army with more Excalibur 1B projectiles under an $84 million contract modification from the Joint Program Executive Office for...
Read More

Author JessicaPosted on October 25, 2022October 25, 2022
In nearly every corner of the globe, people are spending more on food and fuel, rent and transportation. But inflation isn’t affecting people equally. For migrants...
Read More