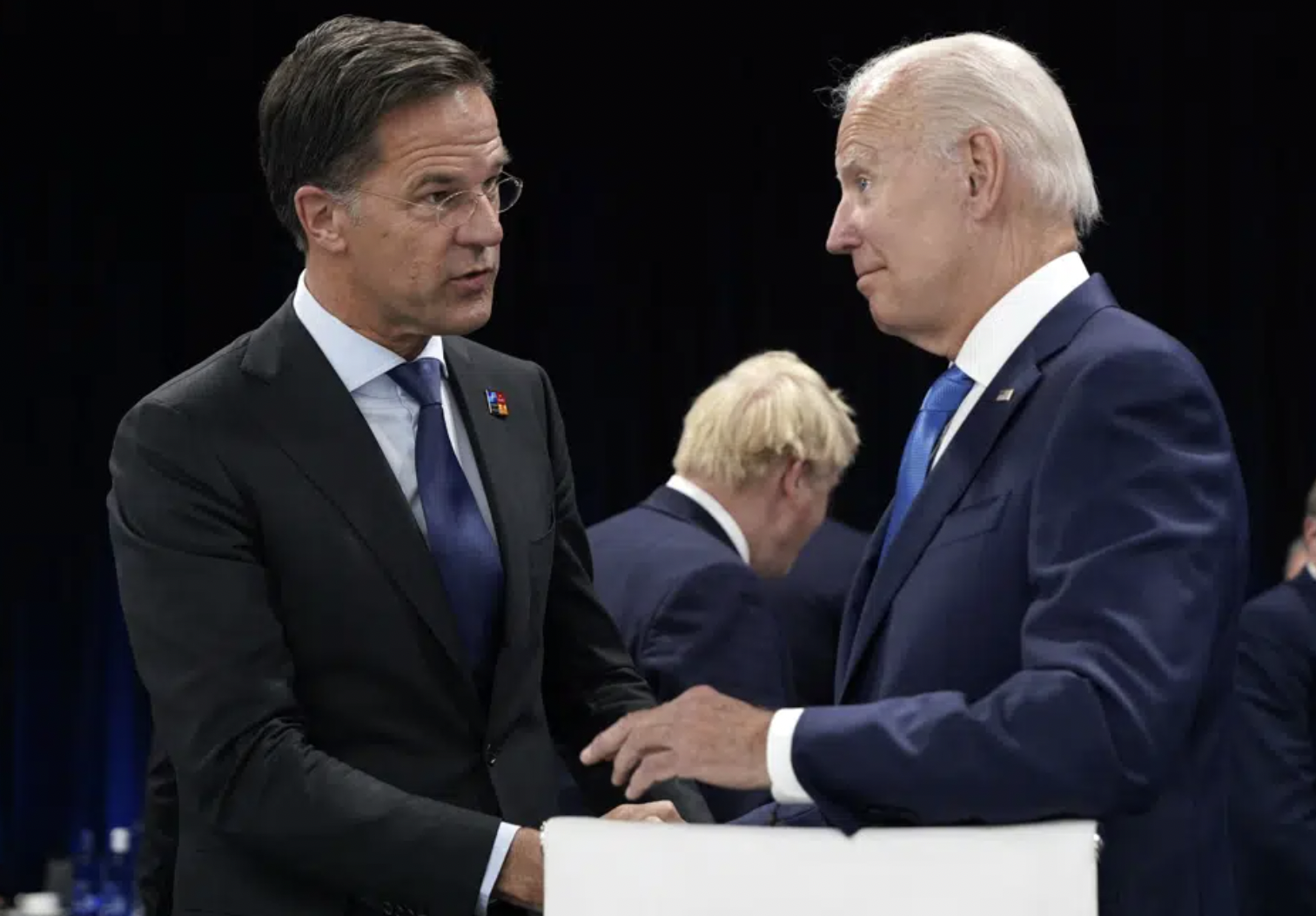 Tuesday’s wide-ranging talks are also expected to cover the countries’ efforts to thwart Russia’s ongoing invasion of Ukraine and an upcoming democracy summit, according to the White House.

The Biden administration has been trying to get the Netherlands on the same page since the U.S. Commerce Department announced in October new export controls aimed at China. The restrictions are intended to limit China’s ability to access advanced computing chips, develop and maintain supercomputers, and make advanced semiconductors.

Administration officials have reasoned that the export restrictions are necessary because China can use semiconductors to create advanced military systems including weapons of mass destruction; commit human rights abuses; and improve the speed and accuracy of its military decision making, planning and logistics.

Slowing Beijing’s access, however, will take plenty of help from allies for the U.S. export controls to have maximum impact. The Netherlands-based tech giant ASML is a major manufacturer of machines that design and produce semiconductors. China is one of ASML’s biggest clients.

The U.S. has also been in talks with Japan on tougher export restrictions to limit the sale of semiconductor manufacturing technology to China. Rutte’s visit comes after Biden hosted Japanese Prime Minister Fumio Kishida last week for talks.

The U.S. and Japan, in a joint statement following the Oval Office meeting, said the two sides agreed to “sharpen our shared edge on economic security, including protection and promotion of critical and emerging technologies.”

“We hope the relevant countries will do the right thing and work together to uphold the multilateral trade regime and safeguard the stability of the global industrial and supply chains,” he said. “This will also serve to protect their own long-term interests.”

Rutte said in a Twitter posting on Monday that he had spoken by phone with Ukraine President Volodymyr Zelenskyy about Saturday’s Russian missile strike on an apartment building in Dnipro — one of the deadliest attacks on civilians in the nearly 11-month-old war. Authorities said the death toll from the strike rose to 40 and that 30 people remained missing Monday.

“The horrific attack on an apartment block in Dnipro underscores just why Russia cannot be allowed to win this war,” Rutte said in the posting. “The coordination of international military support remains essential in the months ahead.”

Ahead of Tuesday’s meeting, White House National Security Council spokesman John Kirby praised the Netherlands as as a “key supporter of security assistance in Ukraine.” The Netherlands has already contributed about $3 billion to support Ukraine and has committed to spending about $1 billion more.

Kirby said the two leaders also plan to discuss the Summit for Democracy, which they are co-hosting with Costa Rica, South Korea and Zambia in late March.

Biden hosted the inaugural democracy summit in December 2021, which the administration billed as the start of a global conversation about how best to halt the backsliding of democracy.

Elon Musk’s next drama: a trial over his tweets about Tesla

Author MarkPosted on January 12, 2023January 10, 2023
House Republicans began their tenure in the majority Monday by passing a bill that would rescind nearly $71 billion that Congress had provided the IRS,...
Read More

US regulators give full approval to Pfizer COVID-19 vaccine