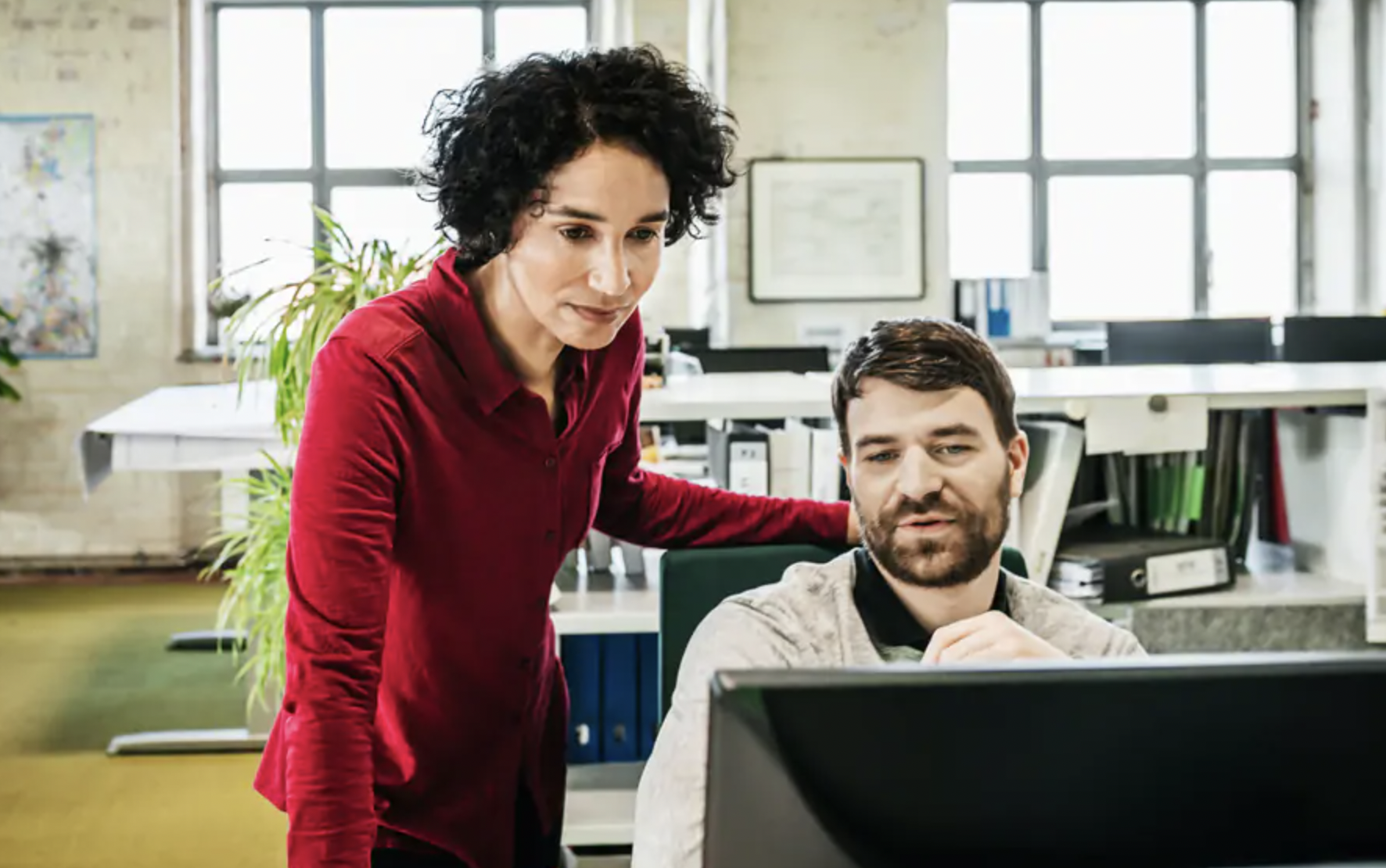 Why Managers Matter: The Perils of the Bossless Company

If you’ve been feeling like your leadership contributions are underappreciated, add a copy of Why Managers Matter to your reading list. In it, Nicolai Foss, a strategy professor at the Copenhagen Business School, and Peter Klein, the W.W. Caruth Chair and professor of entrepreneurship at the Hankamer School of Business, Baylor University, examine the various iterations of manager-free organizations that have been proposed—and occasionally adopted—over the past 50 years or so. Their conclusion: nonsense! 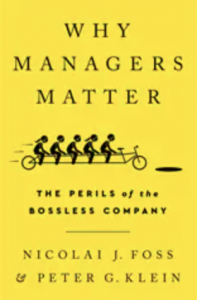 Foss and Klein lump the ideas of management thinkers, such as Gary Hamel, Michele Zanini, and Frederic Laloux, and approaches to decentralized management, such as holacracy and agile, into what they call the bossless company narrative. “The basic thrust of the genre is that while bosses are still around, the less control they exercise the better,” they write. “What the Harvard historian Alfred D. Chandler Jr. called the ‘visible hand’ of management should give way to worker autonomy, self-organizing teams, outsourcing, and an egalitarian office culture.”

Then the duo bales the entire genre into something resembling a straw man and puts a match to it. “The near-bossless companies—and there aren’t many of them—with their self-managing teams, empowered knowledge workers, and ultra-flat organizations are not generally or demonstrably better than traditionally organized ones,” declare Foss and Klein. “Bosses matter, not just as figureheads but as designers, organizers, encouragers, and enforcers.”

Foss and Klein make a detailed and extended case against the bossless company narrative with which it is hard to take issue, especially in the realm of large enterprises. Schemes like holacracy, in which decisions are made by teams, may work for small companies with distributed ownership, such as boutique consultancies and other kinds of partnerships, but they haven’t worked in large companies like Zappos, which have many more employees and require far more coordination. Agility, too, tends to work better for running projects than for running whole companies. In short, hierarchical management structures are, as the authors put it, “the worst form of organization—except for all the others.”

The authors tar the bossless company narrative with a broad brush, but they are not managerial Luddites. Instead, they acknowledge the real challenges and opportunities that have given bosslessness impetus. Disruptive shocks and continuous technological advances require fast, adaptive responses. The rising economic value of knowledge demands that human potential and productivity be unleashed. The twin forces of deregulation and globalization create the need to push authority closer to the customers in far-flung and diverse markets. “We agree that the new environment suggests the need for a redefinition of the traditional management role,” state Foss and Klein.

There is, however, an important codicil that the authors think the bossless crowd has missed: every company must redefine its management structure and roles for itself. “Contingency theory directs our attention to the fit between tasks, organizational structure, and people and how this fit is influenced by various contingencies, internal and external to the company, such as technology, the intensity of competition, the degree of uncertainty, and resources available,” they write. “That, indeed, is a core message of this book: when it comes to organizational structure, there are no one-size-fits-all solutions.”

Although Why Managers Matter does a comprehensive job of both describing the fallacies of the bossless company narrative and redeeming hierarchy, the book’s prescriptive value lies in its penultimate chapter, which addresses how leaders can find the size and shape of hierarchy that best fits their own companies. The key to this work is to find the proper mix of two, often opposing, forces. “The first is the desire, common to us all, for empowerment and autonomy, which help companies mobilize the creativity of employees and exploit their unique knowledge and capabilities,” explain Foss and Klein. “The other is the fact that environments characterized by rapid change often call for the large-scale managerial exercise of authority, particularly when activities across the company are interdependent and employees alone cannot make the required adjustments.”

Finding the right mix requires thinking about how to apportion authority—the currency of management hierarchies. “Consider that authority has many faces. Authority may mean the right to hire and fire, instruct, supervise, intervene, and sanction,” write Foss and Klein. “But the exercise of managerial authority is also associated with other behaviors: leading, creating structures and processes, forging consensus, aligning behavior around shared goals, and fostering change.”

The authors label the former set of behaviors as “Mark I” authority and latter set as “Mark II” authority. Managers should be empowered and prepared to wield both kinds of authority, but there is more to it than that. “Exercising authority smartly means figuring out what decisions to delegate, who to put in key positions, and when to intervene, as well as deciding whether the system needs to be revised in response to changing conditions,” write Foss and Klein.

The way a company answers these questions defines its hierarchy. To answer them properly, says Foss and Klein, requires considering several factors, including decision-making speed, employee knowledge, what knowledge matters, employee feelings of ownership, and procedural justice. For instance, write the authors, “If time is of the essence—if there is a high degree of decision-making urgency—then the better alternative is often having higher-level managers make the decisions without dialogue and consensus.”

Ultimately, the message of Why Managers Matter is that the bossless company narrative is just as flawed as Frederick Taylor’s command-and-control version of management. Managers do—and will continue to—matter, but their roles will change with the times. “What we want,” declare Foss and Klein, “is well-functioning hierarchy.”