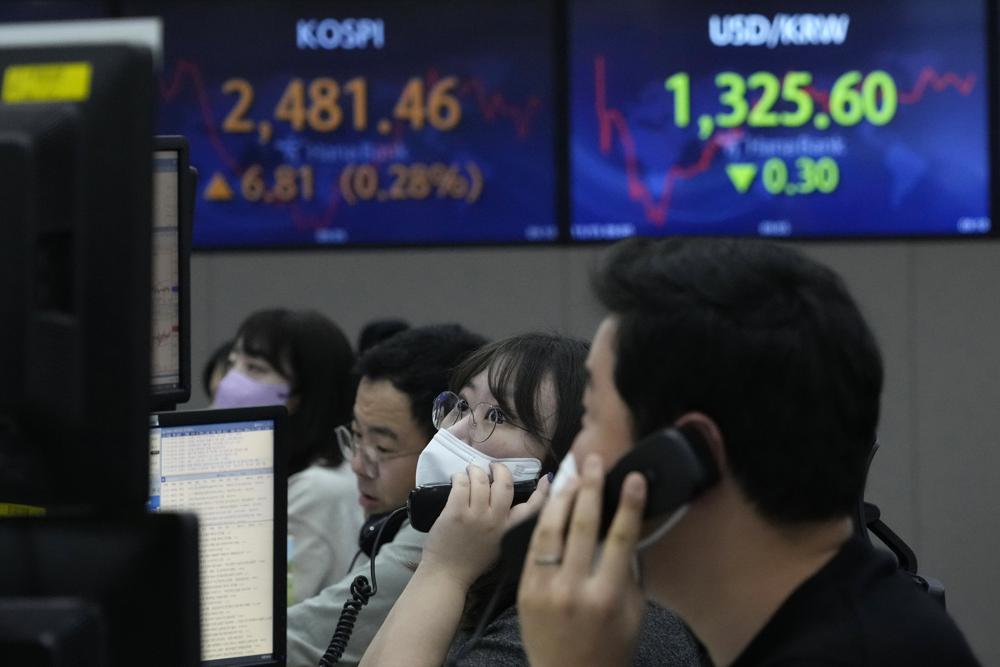 Asian stocks gained Tuesday after Wall Street gave back some of last week’s huge gains, the American and Chinese presidents met and China’s consumer spending shrank in a sign its economy is weakening.

Shanghai, Tokyo and Hong Kong, which are the bulk of the region’s market capitalization, advanced. South Korea and Sydney declined. Oil prices retreated.

Presidents Joe Biden and Xi Jinping met during a summit of the Group of 20 major economies in Indonesia. That fed hopes for an easing of U.S.-Chinese tension over security, trade, technology and human rights.

Monday’s meeting was “surprisingly positive,” but the “feel-good factor that had been driving markets following the softer-than-expected October CPI release in the U.S. evaporated,” said Robert Carnell and Nicholas Mapa of ING in a report.

The Shanghai Composite Index gained 1.3% to 3,123.26 after Chinese consumer spending contracted by 0.5% in October over a year ago under pressure from increased anti-virus controls. Growth in factory activity also weakened.

Author adminPosted on July 1, 2022June 27, 2022
Portia Crowe, chief data strategist for Defense and Applied Intelligence at Accenture Federal Services (AFS), recently spoke with ExecutiveBiz regarding the most critical capabilities that are being developed to...
Read More

Author adminPosted on January 31, 2022January 31, 2022
Following protests of Spotify kicked off by Neil Young over the spread of COVID-19 vaccine misinformation, the music streaming service said that it will...
Read More

Author adminPosted on September 20, 2022September 19, 2022
Royal fans have poured into the heart of London to experience the flag-lined roads, pomp-filled processions and, above all, brave a mileslong line for the once-in-a-lifetime...
Read More

Author adminPosted on October 25, 2021October 26, 2021
Facebook in India has been selective in curbing hate speech, misinformation and inflammatory posts, particularly anti-Muslim content, according to leaked documents obtained by The...
Read More