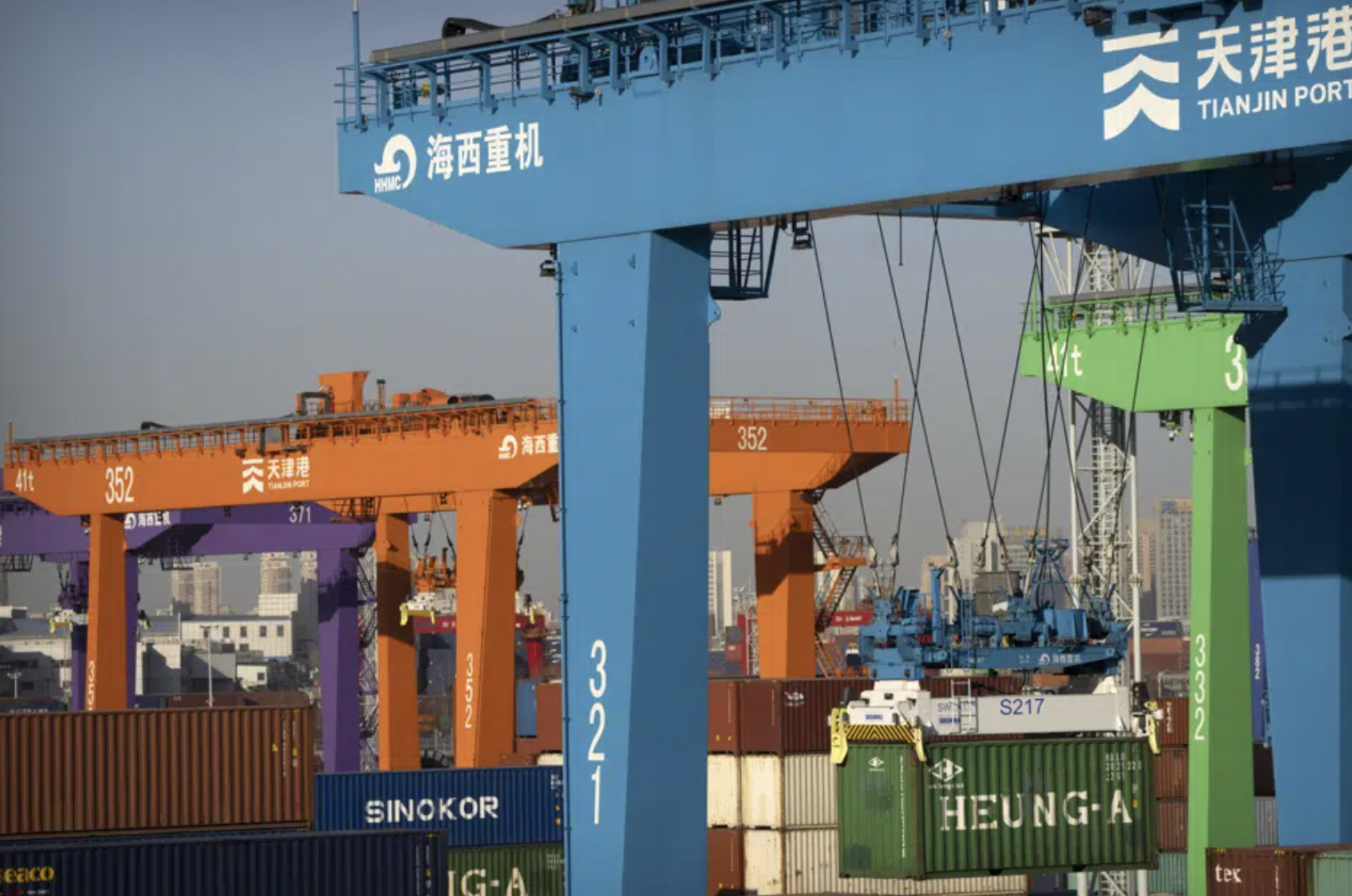 China’s economic growth fell to its second-lowest level in at least four decades last year under pressure from anti-virus controls and a real estate slump, but activity is reviving after restrictions that kept millions of people at home and sparked protests were lifted.

The world’s No. 2 economy grew by 3% in 2022, less than half of the previous year’s 8.1% rate, official data showed Tuesday. That was the second-lowest annual rate since at least the 1970s after 2020, when growth fell to 2.4% at the start of the coronavirus pandemic.

China’s slump has hurt its trading partners by reducing demand for oil, food, consumer goods and other imports. A rebound would be a boost to global suppliers who face a growing risk of recession in Western economies.

Economic growth sank to 2.9% over a year earlier in the three months ending in December from the previous quarter’s 3.9%, the National Bureau of Statistics reported.

Consumer spending started to recover but still was weak in December after the ruling Communist Party abruptly ended its “zero-COVID” controls.

China’s economic growth is in long-term decline after hitting a peak of 14.2% in 2007, hampered by hurdles including an aging, shrinking workforce and growing curbs on Chinese access to Western technology due to security concerns.

China’s population of working age people 16 to 59 has fallen by about 5% from its 2011 peak to 876.6 million last year, based on official data released Tuesday. The working-age group as a share of the population of 1.4 billion fell to 62% from 70% a decade ago.

The International Monetary Fund and private sector forecasters expect economic growth no higher than about 4% through the rest of the decade.

In December, retail sales fell 1.8% from a year earlier, but that was an improvement over the previous month’s 5.9% contraction. Wary consumers are returning only gradually to shopping malls and restaurants amid a surge in COVID-19 infections that has flooded hospitals with patients.

Investment in factories, real estate and other fixed assets in December rebounded to 0.5% growth over the previous month following November’s 0.5% contraction.

“The good news is that there are now signs of stabilization,” said Louise Loo of Oxford Economics in a report.

Growth is forecast to improve this year to a still-modest level of about 5%. Economists point to weakness in real estate, an important economic engine, and slowing exports.

Factory output in 2022 rose 3.6% over the previous year, suggesting activity tumbled after hitting 4.8% in the third quarter of the year as U.S. and European demand for Chinese goods weakened under pressure from interest rate hikes to cool record-setting inflation.

The surprise end of some of the world’s most pervasive anti-virus controls followed a promise by the Communist Party in November to reduce the cost and disruptions of “zero COVID.”

That policy aimed to isolate every sick person. It helped keep China’s infection numbers below those of most other countries. But it shut down Shanghai and other cities for up to two months in early 2020 to fight outbreaks, disrupting manufacturing and trade. Growth tumbled to a low point of 0.4% over a year earlier in April-June before rebounding to 3.9% in the following quarter.

A new infection wave that began in October prompted authorities to reimpose restrictions that closed factories and required millions of people to stay home. Public frustration boiled over into protests in Shanghai and other cities. Some protesters in Shanghai called for Chinese leader Xi Jinping to resign.

The ruling party has dropped quarantine, testing and other restrictions and eased controls that blocked most travel into and out of China. It has yet to say when large-scale tourism into the country will resume.

Even after those controls were relaxed, some factories and restaurants were forced to close for weeks at a time in December due to lack of employees who weren’t infected.

To shore up the economy, the ruling party has backtracked on key financial and industrial policies, winding down anti-monopoly and data crackdowns aimed at tightening control over China’s tech industries. That campaign wiped hundreds of billions of dollars off the share prices of e-commerce giant Alibaba and other tech companies on foreign stock exchanges.

The government also is loosening controls on real estate financing after tighter controls on debt that Chinese leaders worry is dangerously high caused economic growth to slide starting in 2021.

On Saturday, the Cabinet promised tax cuts, bank loans and other support for entrepreneurs to “promote stable growth.”

“Reopening should result in a burst of growth over the coming year,” said Goldman Sachs economist Andrew Tilton in a report Friday. Goldman raised its outlook on this year’s expansion to 5.2% from 4.5%.

Others are more cautious. The World Bank this month cuts it 2023 growth outlook for China to 4.3% from a forecast in June of 5.2%. It cited uncertainty about COVID-19 and the weak real estate industry.

The debt crackdown forced smaller developers out of business in an industry that accounts for up to 25% of China’s economic activity. Some bigger competitors missed bond repayments. Sales plunged while jittery buyers waited for the status of developers to become clear.

Financial markets are waiting to see what happens to Evergrande Group, the global industry’s most indebted company, which is trying to restructure more than $300 billion owed to banks and bondholders.

Business trusted most in a more polarized world, report says

Elon Musk’s next drama: a trial over his tweets about Tesla

Hopeful storms in forecast for drought plagued US West

Author adminPosted on October 23, 2021October 21, 2021
Mired in an historic drought, California is set to get its first significant soaking of the season this week, with storms forecasted to dump...
Read More

Author JosephPosted on September 27, 2022September 27, 2022
President Joe Biden’s plan for student debt cancellation will cost the federal government about $400 billion over the next 30 years, according to new estimates from...
Read More

Author adminPosted on October 28, 2021October 26, 2021
Josh “Chevy” Chevalier is a third-generation shipbuilder who hasn’t missed a day of work during the pandemic in his job as a welder constructing...
Read More

Author adminPosted on December 11, 2021December 7, 2021
Bob Dole, who overcame disabling war wounds to become a sharp-tongued Senate leader from Kansas, a Republican presidential candidate and then a symbol and...
Read More